It’s not easy going to Detroit Country Day. All the stress that is followed by the massive workload stacked upon you, not even mentioning the overlap with the sports and extracurriculars. It seems like we as students are all stuck in a constant grind, being told what to do and having no choice but to comply. Not to mention all the outside responsibilities, whether you do the ACT or SAT prep. Then, there are moments where students have the opportunity to take a step out of their comfort zone and come back with great experiences. People like Mia Pollak, a junior who had the opportunity of a lifetime of traveling up to Alaska this summer. After asking Mia about the trip,  it’s clear to see that she had the time of her life. I got the chance to sit down with her and hear about the truly magnificent experience. 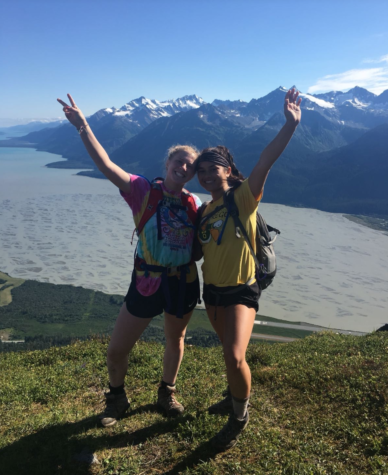 How and Why did you go to Alaska?

“I’ve been going to this camp called Tamarack that I’ve been a part of for a long time. It was my seventh year going, and you’re supposed to go to Alaska when it’s your junior year. of A group of thirty-two of us with counselors traveled by bus and drove from Michigan up.”

How long did that take?

“We had eight hour bus days, stopping to sleep at certain places on the way and sometimes driving through the night. The bus had pods where we would sit in groups. We’d play cards and the counselors would do group game activities like family feud. The bus trip ended at the border between Canada and Alaska, where we took a ferry across to get there.” 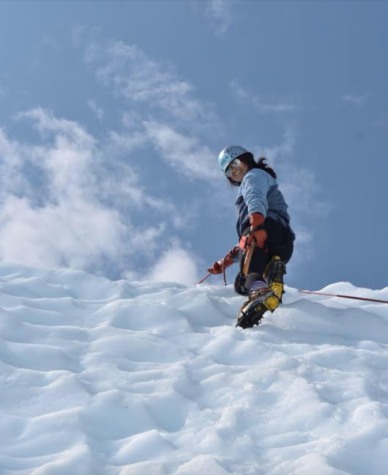 What was the most memorable part of the trip?

“There were so many. This one time was our last hike in Alaska and everyone who went on this trip before talks about how amazing this hike was. The hike was six miles and the altitude was crazy high… I remember at least seven times when we thought we reached the top but were proven wrong when we looked even higher up. There were moments where we sat down for an hour just to stop appreciate everything around us”

Did you climb Denali?

“Sadly no, but we went to Denali National Park. We took a backcountry three-day hike and saw Denali. Kids would say ‘look up’, and we couldn’t see anything. Then, if you just tilted your head back a little and looked like all the way up, you could see the top. It was the craziest thing! So big!”

See anything super interesting? Something you look back at and can’t believe it happened?

“We did this three-day hike of thirty-three miles, starting in Alaska and crossing into Canada. The last day of the hike, we knew we were in our last mile, and approached a giant downhill.  We all agreed to just run down it as fast as we could for fun. The guides warned us to stay close because we were in bear country, but we didn’t care. Running down it, we saw a huge Grizzly Bear come across our path out of nowhere. We stopped as quickly as we could, and just five feet away from us it continued to walk by. It was like it didn’t even notice us. It was a really scary moment, being so close to something both so beautiful and dangerous”

Why do you think other people should go see Alaska?

“Not even Alaska specifically, but anywhere that is nothing but pure nature and earth. It’s important to have moments in your life where you are disconnected from everything like phones and technology in general… It’s so cool to be so far away from everyone and anywhere you know. Really got me in my feels. The only technology was the flip phones our counselors carried. We would camp in the wilderness every night, looking up at the clearest sky of stars and nothing around to distract you. Live in the moment, really connect with nature and realize how important the world around you is!”

What have you learned about America and yourself from going to Alaska?

“I’ve learned that people don’t do a lot for themselves normally. Very few people would take the opportunity to go to Alaska if they could. Their parents direct them on what to do and they are pressured to spend all their time studying for the ACT and summer school. You end up doing a bunch of things you really don’t want to do, but what other people want you to only do. Americans don’t recognize the small things and what they have access to see in order to enjoy their lives. We spend too much time doing what we have to do, not what we want to do.” 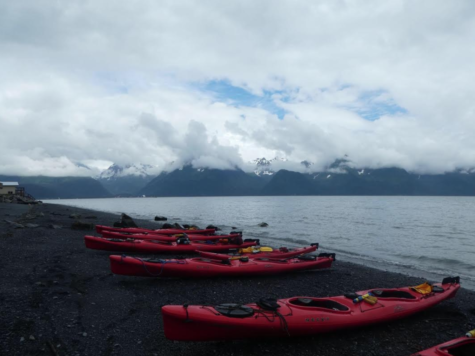 Mia  shows us that we should definitely go to Alaska! But also to not let the responsibilities you have as a student hold you back. Yes,  we get stressed and have a lot on our plates, but don’t miss out on the opportunities that you’ve never had the chance to do. Keep your head up, and next time when something like a trip to Alaska comes up, don’t hesitate to take a trip! 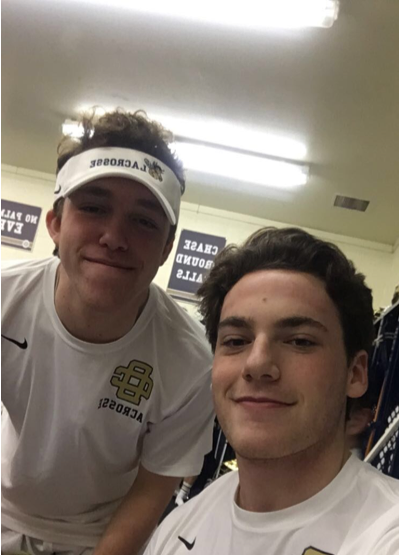 2 Peas in a Pod: Garret Fragnoli and Sammy Erjavac

View all posts by Ruth Kay →