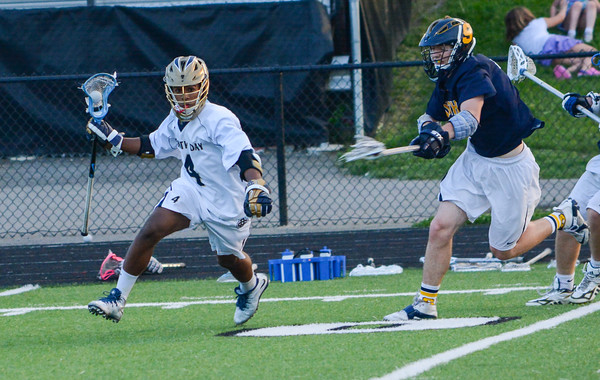 Senior Dylan Prime walks through the halls of the Upper School this year with a certain sense of aplomb, knowing that it will be his last year in the school he has attended for his entire life, but also knowing that he has affected the school in a way that many others cannot claim. Throughout his 4 years at Country Day, Prime has truly been an embodiment of the Country Day mantra of “mens sana in corpore sano”, or, a “sound mind in a sound body”. Although this mission statement is well-represented by many in our involved student body, Prime goes a bit further, as he involves himself in most every feat the school has to offer in order to strive for “the soundest mind in the soundest body”, per se. Through a combination of a stellar academic repertoire, numerous varsity sports, and an influential role through leadership on Class Board, Prime has stood out as one of the more well-rounded students the Class of 2018 has to offer.

One area in which Prime has certainly pulled his weight in is athletics. Throughout the school, many know Dylan as a two-year captain of both the Men’s Varsity Soccer and Men’s Varsity Lacrosse teams, garnering much success including hard-fought trips to the State Semifinals in both both sports this past year.

Another feature of Prime’s athletic career that many may not know about is that he played this past season as the punter for the Varsity Football Team. “I played football all junior school and middle school, and I was forced to stop in high school. I really missed the sport, and I wanted to try to be a part of the team anyway I could. I knew my brother was a kicker for the team, and I wanted to follow his footsteps, so I learned how to punt over the summer leading into my senior year. Coach Mac was very understanding with my soccer schedule, and he made managing both sports much easier. The football season was a really great experience, and I bonded with a lot of guys,” said Prime.

As seen through his willingness to pick up football his senior year, Prime is extremely open to dilating his boundaries and stopping at nothing to experience all that the school has to offer. This may also explain why Dylan went out on a limb and decided to try out for the school’s winter musical beginning with his junior year in Fiddler on The Roof.

Dylan loved the pathbreaking decision that he made last year so much that he decided to make it again and join the school’s production of Hairspray this winter, where he will be singing, dancing, and acting as the cool and slick principal character of Seaweed.

“I’ve been hoping to play Seaweed ever since I found out Hairspray would be the musical this year. It’s definitely going to be a lot different than anything I’ve ever done, it’s a bigger role, and I’m really excited for that. Mr. Salamin has helped me a lot in preparing for the role, he’s taught me the basic fundamentals of being an actor, and how to truly embody a character. I also have been taking voice lessons to prepare, and those have paid dividends,” said Prime.

Dylan has also made a vast impact on the school through his leadership both in the classroom and in the school in general through Class Board. Dylan served as the President of Class Board in his Freshman and Sophomore years and a Secretary his Junior and Senior years, and has not only accepted, but truly taken advantage of the opportunity to represent the student body properly, which has been continuously, and rightfully, been granted to him by the class. He has played an instrumental role in the coordination of large school events such as field day, Homecoming, and Prom as well as smaller, yet similarly important, school programs like the sale of flowers to students on Valentine’s Day.

“I love being a part of Class Board. I’ve been on Class Board ever since sixth grade, and I’ve learned so many valuable life lessons through my experience. Through Class Board, I think I’ve become a good public speaker, problem solver, and critical thinker. Being a representative of my class is a tremendous honor and responsibility, and from setting up dances, to running field day, I really enjoy everything that we do. But, the most important thing I’ve learned through Class Board is that, just being on Class Board doesn’t make you a leader, it’s merely a platform. A true leader is someone who shoots their shot, someone who fights for their beliefs and opinions, even if they’re unpopular. Someone who is charismatic, and brings the best out of others,” said Prime.

Prime’s path through his four years of high school is a truly commendable one that is worthy of admiration as well as imitation from underclassmen who wish to wholly represent the ideals that DCDS puts forth in what it does. Wherever Dylan ends up next fall, rest assured that he will be an active member of his college community, just as he has been an active member of his high school community on the field, in the classroom, and on stage.

The Risks of Vaping