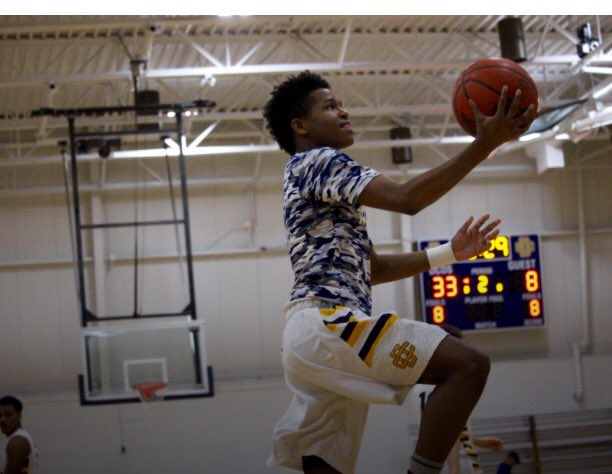 Freshman phenomenon Wendell Green Jr. is the starting point guard for the Men’s Varsity Basketball Team. Green has the confidence and skill-set to elevate himself over the toughest of competition.
Averaging 18 points and three assists a game, he leads the team in both categories. Though he stands at 5’10”, he pulls in five rebounds per game. Green’s exceptional ball-handling abilities allow him to change direction and pace to elude his defenders. His impressive dribbling also allows him to penetrate the defense, which leads to easy buckets for him and his teammates. On offense, Green is also not afraid to shoot and can drain shots from far beyond the three-point line. Despite his size, Green is also a tough individual defender who gathers steals in bunches, averaging three a game.

In addition to Green’s development as a basketball player, he has experienced tremendous growth off the court. He believes both the coaches and upperclassmen on the team have set good examples on how to act: “Coach Bray has taught me a lot of things to better myself as a young man on and off the court. The seniors have showed me how to lead a team in the classroom and on the court by always operating at a high level in whatever I do,” Green explained.

The Men’s Varsity Basketball Team is currently 4-6 and looks to make a deep run into the state tournament in March. Green is confident that the team will perform when the time comes: “We’re a young team that’s still developing, but we will succeed in the playoffs because of our desire to win a state championship,” he said.

“I would love to see myself at North Carolina or Michigan. Growing up, I’ve always watched those two basketball teams play, and I’ve been inspired to try and play there one day,” Green said about his future. If he continues this season’s success throughout high school, his goals for the future will certainly be within his reach.