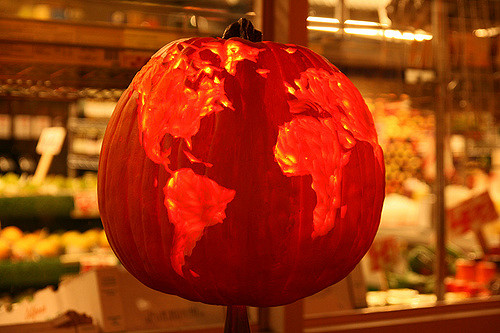 Halloween is one of the oldest holidays celebrated today. Here in America, we trick or treating as we dress up in fun costumes, gorge on candy we normally wouldn’t have, and decorate our houses or anything we can find. Which leaves some wondering, what do other do this time of the year. From Austria, Belgium, Canada, China, Hong Kong, Germany, Mexico, and, our very own, the United States, everyone has their own Halloween traditions.

Austria:
Bread, water, and a lighted lamp on the table on a Halloween night welcomed the dead souls back to earth. Austrians considered Halloween to be a night that brought out energies that could not be explained.

Belgium:
In a place that’s known for its chocolate, Halloween has a different approach. It is believed that a black cat is a part of the holiday in the sense that it will bring bad luck. Although it is a place where Halloween isn’t really celebrated, they have started celebrating it for children’s benefits

China:
Although it is not thought of as Halloween, China also celebrates a spooky holiday. “Teng Chieh” is a Chinese holiday where food and water is placed in front of photos of passed family members while paths of the spirits lit by lanterns.

Hong Kong and Germany:
In Hong Kong, people believed that for 24 hours on a night named “Yue Lan” (Festival of the Hungry Ghosts), spirits would roam around the world. Because of this, people would burn pictures of fruit or money to please them. While in Germany, instead of giving things to the spirits, they would hide things. During a Halloween night, people would put away their knives in order to protect the walking spirits

Mexico:
Almost everyone has heard of Mexico’s The Day of the Dead. It is a day where friends and family focus on close relationships with people who have passed and it supports their spiritual journey. It has been absorbed into many other cultures and holidays that have honored the dead and started from pre-Columbian cultures where celebrating the deaths of ancestors was observed, but low-key, it wasn’t until it fell into the Aztec calendar when it became a holiday.

America:
Last but not least, Us, the ones who absolutely love Halloween. Every year on October 31st, we get in consumes that reflect who we want to be, who we are inspired by, or who we think is really cool. Then we keep the tradition alive by either parting or eating a ton of candy (like a shameful amount). Everyone has their own way of celebrating their version of a “day of spirits” but only America could turn such a detailed, historic holiday into a commercial, money making, phenomenon that we all love today.

Fun Riddles to Pass the Time

Love is in the Air…and on the Screen