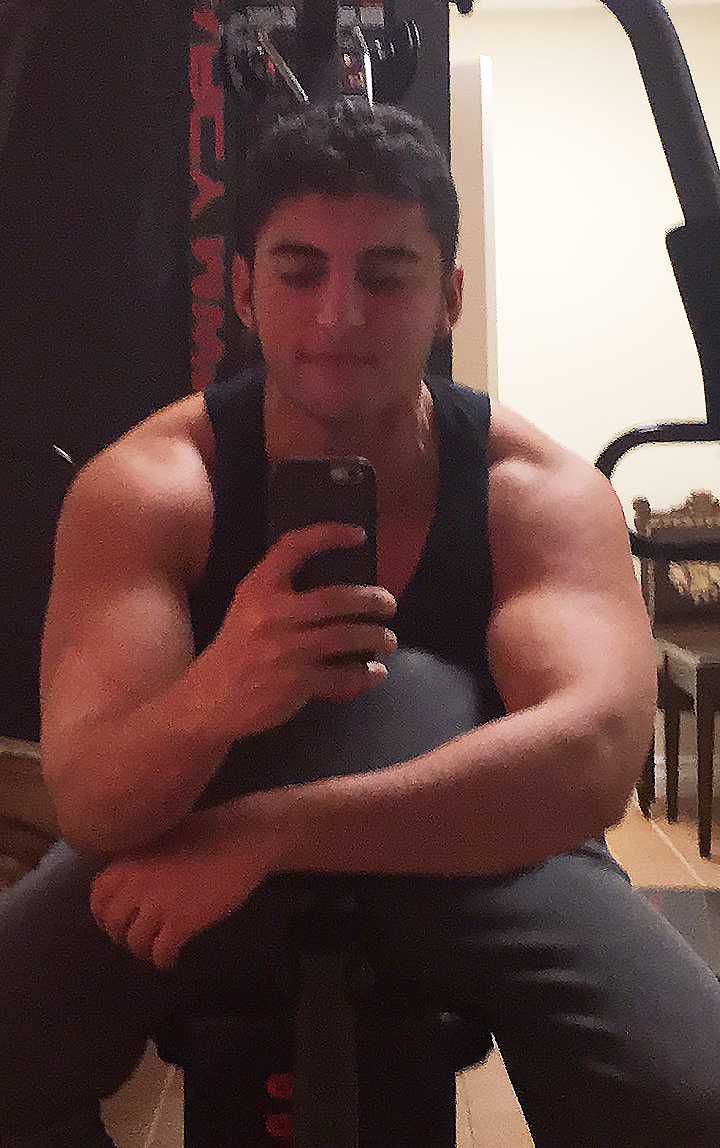 Josh Winowich
“Lifting is no longer an extracurricular activity; it has become a necessity, much like breathing.”
Sophomore Joshua Winowich is an embodiment of pure athleticism. Encouraged by his father, a former college strength coach, Winowich is well on his way to reaching his goal of a college athletic scholarship. At 5’10’’ and 200lbs, Winowich dominates his opponents on the football and baseball fields. He attributes his success in athletics to the confidence that lifting has helped him develop. His ability as a runningback and linebacker are surpassed only by his talent in the gym. Winowich works out religiously and pushes himself to limits that most people would consider to be impossible. To put it simply, Winowich is a beast. Rumor has it that Planet Fitness created the “Lunk Alarm” in honor of him. This sophomore phenom has big dreams and even bigger arms. Will Humenny
“Lifting taught me the value of dedication and consistency”
Standing at an imposing 5’11” and 210 pounds, Senior Will Humenny is simply unstoppable. As a Men’s Varsity Football lineman, Will spends his fall running over opponents on the field. However, his commitment to excellence does not end there. He participates in the Men’s Varsity Track and Field Team as a thrower during the Spring season. In addition to his athletic endeavors in school, Will is a boxer. His goals and motivation to lift are simple; he wants to get as big, strong, and lean as he can, but above all, he simply enjoys the activity. Over the years, exercise has evolved for Will, transitioning from a tedious task to an escape from stress. He believes that lifting has made a substantial impact upon who he is as a person. It has taught him the values of dedication and consistency. One thing that never changes about the DCD weightroom is that everyday after
school, you will always find Will Humenny hard at work.
Akash Bedi
“Lifting is what created me. I leave everything I have in the gym. I come close to death sometimes, but I know it just makes me stronger and better than I was yesterday.”
Many freshmen enter the high school intimidated by the upperclassmen; this is not the case for Akash Bedi. Weighing in at 176lbs, the 5’10’’ freshman garners respect from all of his peers. Bedi, who began his fitness journey at only eight years old, comes from a family of elite lifters including a world-class bodybuilding and powerlifting uncle. With inspiration and advice from his father and brother, Bedi seeks to improve his strength, aesthetics, and overall athletic ability.
Despite Bedi’s monstrous 360lbs deadlift and 645lbs leg press, he remains humble about his success.
“My number one goal is simply to be my best version of myself! I’m about
30% of what I want to be,” Bedi said.
Bedi’s discipline in the gym has also impacted other areas of his life. His
dedication to all aspects of fitness, including his healthy diet and cardio, have turned him into a phenomenal athlete. This year, he will make his debut in high school lacrosse after six years of prior experience. Keep an eye on Bedi; his hunger for self improvement has yet to be satisfied. Omar Kazziha
“Lifting should not take up
your thoughts all day, but be a getaway”.
Omar Kazziha, or Bromar, as he is more commonly known, has a passion for one thing above all: lifting. With a 315lbs bench max, 500lbs deadlift max, and a 450lbs squat max, Bromar is truly living up to his reputation as a weight room superstar.
Kazziha started lifting as a way to relieve stress in positive form that would help him improve himself and enhance his athletic ability. As a participant in one of the most violent contact sports, men’s lacrosse, Kazziha is always trying to give himself an edge over his competition. Besides helping him on the field, lifting has helped Omar in many ways including adding structure and more self-confidence to his life. His advice for those looking to begin lifting is to stick with it and learn as much as you can to prevent injuries while not overcomplicating the activity, as it should be less of a burden and more of a “getaway” or escape from everyday life and a way to create healthy habits for the future.