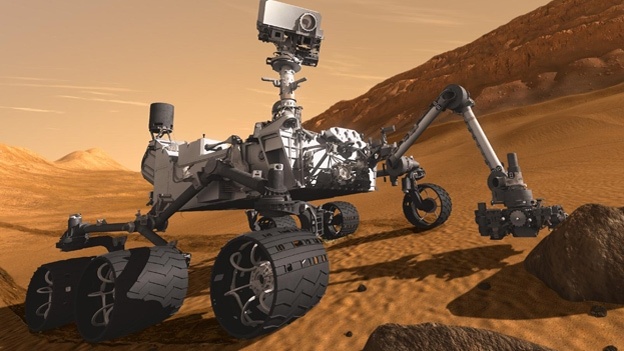 For many, traveling to Mars is a venture worthy of science fiction. Modern technology has not yet reached the advanced level necessary for a travel to Mars. One of the main technology gaps is the lack of storage capacity for fuel to last for the entirety of the trip from Earth to Mars. Currently no vehicle has been able to land humans onto Mars at the moment, even though space technology has progressed far enough for people to be able to land on the Moon and go into space. The location of Mars presents challenges as well. Sam Scimemi, NASA’s director of the International Space Station, states “[Mars is] six orders of magnitude further than the space station. We would need to develop new ways to live away from the Earth and that’s never been done before. Ever.” Earth is the ideal living planet in our solar system, with a plethora of water and oxygen and with the ideal distance to the sun – resources currently unavailable on Mars. ­

Traveling to Mars requires a lot of resources, most of which are possible to obtain but are difficult to do so. The most important resource is money. Unfortunately, NASA does not get the necessary funding it needs to be able to research ways to store fuel and new vehicles to get to Mars. ­­­Chris Carberry, the executive director of Explore Mars Inc., explains that with the current budget, “it would be hard to accomplish a NASA-led Mars mission” under the current budget of 17.7 billion dollars. Currently, “funds are divided between various missions, directorates and centers,” with the current budget, according to Carberry. Money is not the only problem. Furthermore, international cooperation of other countries, especially countries like Russia, which has a large space system, are necessary for a successful mission to Mars. Monetary support from private companies would also allow for more research, which would contribute to faster developments in the possibility of a mission to Mars.

Despite the many obstacles, progress has been made. Traveling to Mars in the next few years may soon be a possibility. Scientists at NASA are doing groundbreaking research using unmanned vehicles and have found optimistic evidence confirming the possibility of a human landing on Mars. For example, NASA’s Curiosity Rover on Mars recently found a dried lake – evidence that water previously existed on Mars. This is an important development as it gives hope for the existence of water elsewhere on the planet. Other ways the Curiosity Rover has impacted the possibility of a Mars mission is that it has recorded important data for an astronaut’s safety, so NASA has the appropriate data to find ways to protect the astronauts from harmful substances such as the radiation on Mars. NASA plans to use humans to develop the technology needed for going to Mars – they plan on pushing an asteroid into the moon’s orbit, and having astronauts going to the asteroid to retrieve samples. This discovery, although appearing irrelevant to the quest to Mars, gives researchers the data regarding the impact of human spaceflight outside of earth’s orbit on humans.

If NASA acquires the materials necessary for more studies on Mars, traveling to the planet could become a reality. With all of the evidence already gathered using computers like the Curiosity rover, it seems as though it is possible for humans to live there. The reality is that we still need more confirmation that life on Mars is possible, but getting to Mars is not just science fiction – it may become reality soon.

The Zika Virus: A Health Threat